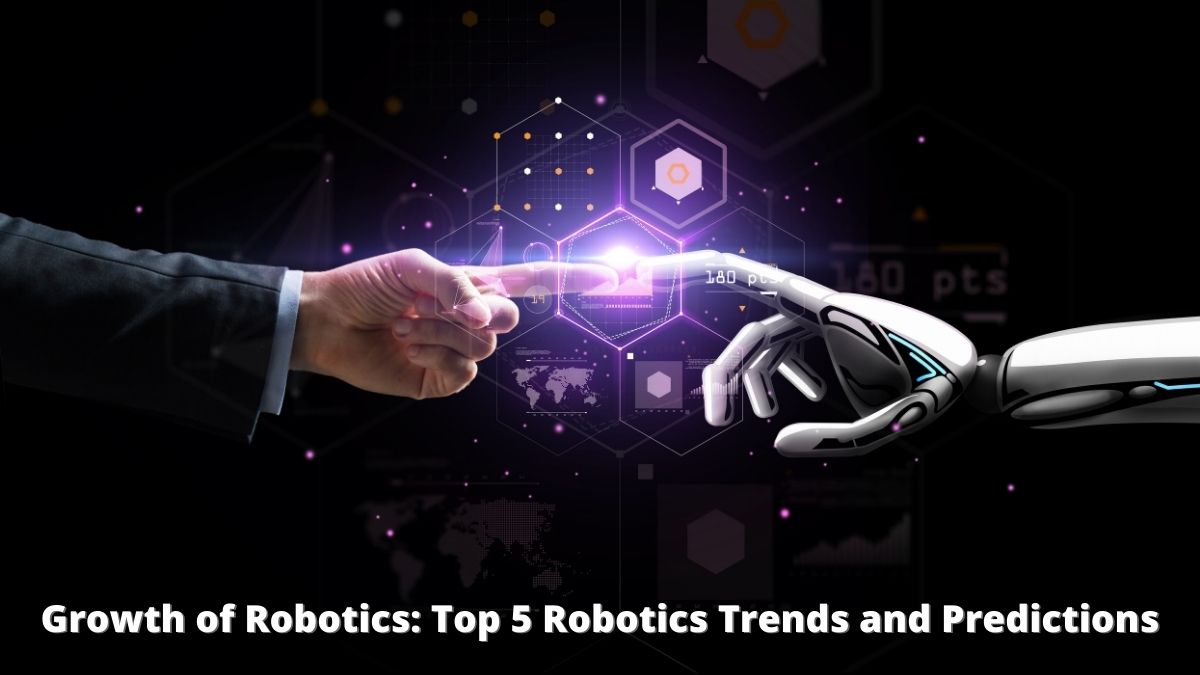 Based on statistics from GlobalData’s Influencer Platform, Verdict has compiled a list of the top five Robotics-related tweets in Q1 2021. The trending industry talks taking place on Twitter by prominent persons (influencers), as recorded by the site, are the top tweeted phrases.

In the first quarter of 2021, robots capable of drywalling, maintaining vertical farms, and aiding in US space programs to Mars and beyond were widely considered. Sean Gardner, an executive board member and AI specialist at Resourceful Nonprofit, a distributor of free or low-cost technology and training to other non-profit organizations, published an article about how sensors and artificial intelligence (AI) have evolved in automating the construction sector.

Canvas, a construction robotics firm, has developed an AI-powered robot that can execute drywalling with the creativity and competence of a person. The robot, which has been installed at many building sites, can automate operations and complete more drywalling in less time. Although robots are not favored on building sites owing to their complexity and unpredictability, they are becoming more popular as a result of low-cost laser sensors, computer vision, open-source software, and inexpensive robotic arms and grippers.

Kirk Borne, a data scientist, and astronomer, also spoke about how automation and AI would be critical in guaranteeing the safety of future astronauts on Mars. Future space programs will rely largely on sophisticated technology such as artificial intelligence (AI) to automate system control and anticipate weather conditions and launch windows, allowing humanity to conduct successful space adventures and build colonies on Mars and beyond.

In Q1 2021, popular topics included the use of machine learning (ML) in microrobots swimming faster to reach their goals, gadgets that can read your thoughts, and the progress of automated robotic solutions for agriculture. Spiros Margaris, a venture capitalist, posted an article on how machine learning helps small microrobots reach their destination faster without being hindered by other particles in their path. These robots are intended to study how germs move through a fluid.

The study of microorganism mobility is critical in various biological and biomedical disciplines for understanding their characteristics and effects in a certain environment. Frank Cichos and his colleagues at the University of Leipzig in Germany are working on ML-driven swimming microrobots with chemically fueled signaling, comparable to humans, that will allow them to think autonomously in the future.

Glen Gilmore, the principal at the Gilmore Business Network and a teacher of digital marketing for business, content marketing, and crisis communication in social media, also spoke about ML, specifically its function in automated robotic solutions for agriculture. The University of Cambridge has created the first robotic lettuce leaf peeling system, which uses machine learning to detect size, shape, orientation, and other factors. With growing food demand, changing climate, and limited human labor, the use of robots in agriculture has become critical.

AI firms employing synthetic data to train their ML systems, as well as more openness and understanding of machine behavior, were hot issues in Q1 2021. Iain Brown, head of data science at SAS Software, a computer software company, published an article about how AI firms are using computer-generated data to train their AI systems in order to address privacy concerns and reduce bias while meeting the needs of models operating in highly specific environments.

Colin Bristow, a lead systems engineer at SAS, also highlighted Big Data in terms of more transparency and knowledge of the capabilities and behaviors of AI computers, which are increasingly being used in a variety of complicated scenarios such as medical diagnosis and financial payments. In an effort to enhance human-AI interaction, researchers from MIT’s Computer Science and Artificial Intelligence Laboratory (CSAIL) used a tool called Bayes-Trex on a variety of image-based datasets to gain more transparency in their AI model.

Another instrument, the RoCUS, is being used by researchers to analyze robot-specific behaviors. Even though the studies are still in the testing phase, they give fresh insights for human-AI interactions to become safer and to predict and decrease failures in a real-world scenario.

In Q1, there was a lot of talk about the rising importance of people in the face of increased automation, the expansion of the robotic process automation (RPA) sector, and the coexistence of intelligent automation and humans. Antonio Grasso, CEO of Digital Business Innovation, a digital consulting firm, tweeted about how incorporating AI and analytics into RPA operations will result in intelligent automation. Intelligent automation has the potential to streamline resources, including personnel and tasks, but it will necessitate data governance, upskilling of the human workforce, and increased expenditures in recruiting data scientists.

The word also trended in an article shared by Evan Kirstel, co-founder of eViRa Health, a health and tech consultancy, on how the Covid-19 epidemic has caused a shift in the way organizations to see AI and automation, to a belief that people and intelligent automation can co-exist. Salesforce conducted a poll that indicated that nearly 90 percent of customers anticipate firms to push digital initiatives during the epidemic.

The most popular themes addressed in Q1 2021 were the importance of 5G in promoting next-generation production, the construction of an integrated 5G network, as well as the testing of robots on 5G. Fabrizio Bustamante, a technologist at Dataprius, a cloud storage provider for businesses, shared an article on how 5G has been proven to be an accelerator for innovations that alter industrial areas such as production facilities and depots. 5G innovations will also enable advanced robotics, with more AI, internet of things (IoT), augmented reality, and virtual reality deployments in industrial settings, as well as improved network stability, performance, security, and coverage.

Dominic Halpin, the founder of TechNative, a computer software firm, tweeted about Red Hat, a software company, and Hewlett Packard Enterprise (HPE), a financial technology company, collaborating with partners to build an integrated 5G network based on open-source infrastructure. The businesses have performed test scenarios with 5G-related robotics and are investigating solutions to overcome latency concerns.