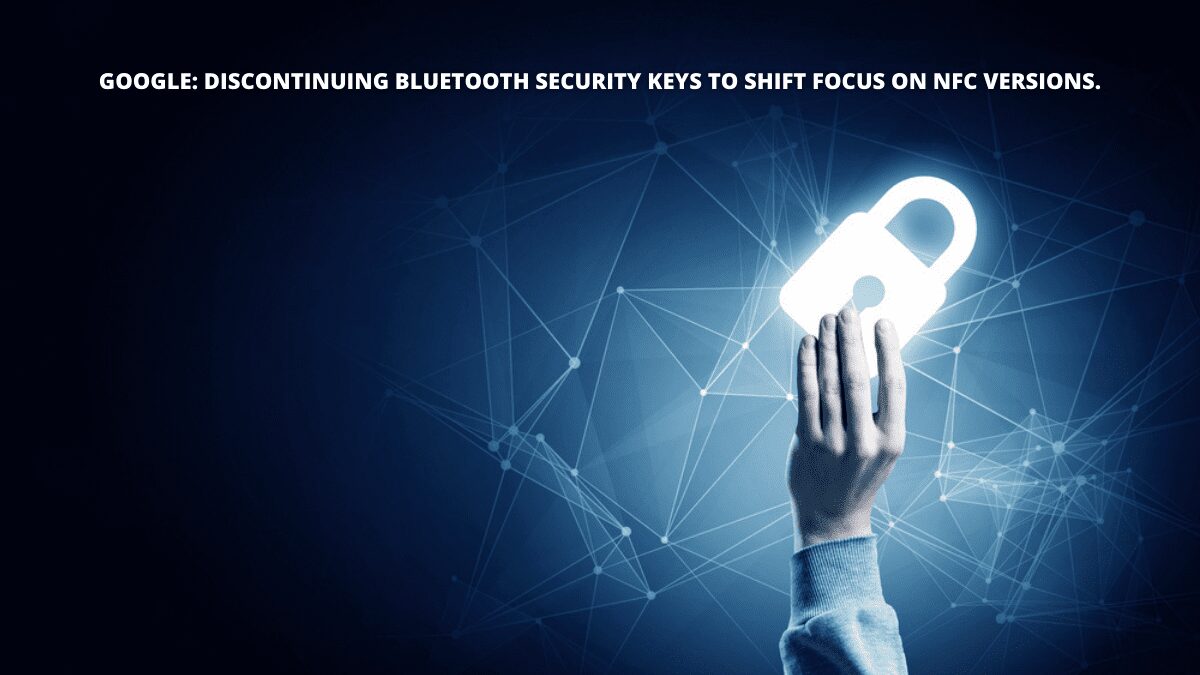 The Bluetooth-based Titan security keys are being discontinued by Google. Instead, more focus is being put on the NFC-based versions moving forward. Since August 10, 2021, the company has stopped selling the Bluetooth-based Titan keys in their official store. The only two security key models are available, those being the Titan keys with USB-A and USB-C connectors. Both keys support NFC (Near Field Communication) for connectivity on mobile devices. The USB-A (+NFC) key is priced at $30 while the USB-C (+NFC) is being sold at $35, said Google.

Easier Usage Of The NFC Keys

The purpose of the security keys is usually to serve as a second verification factor. The account credentials are also required during login operations. After verification of username and password, the users are requested to input the cryptographic token generated on the security key.

Bluetooth keys need to be manually paired with a device such as a smartphone or a laptop before it can be used, a non-intuitive approach for non-technical users. However, once a security key has been added, NFC keys can be used at that instant without any pairing procedure. When in proximity, the users can verify the login credentials without any prompts.

The Bluetooth protocol has encountered several security issues that have been disclosed in recent years. This might have influenced Google’s decision to drop support for the Bluetooth keys.

One of these bugs was discovered by Microsoft researchers. This forced Google to recall and replace a significant number of T1 and T2 security keys in 2019.