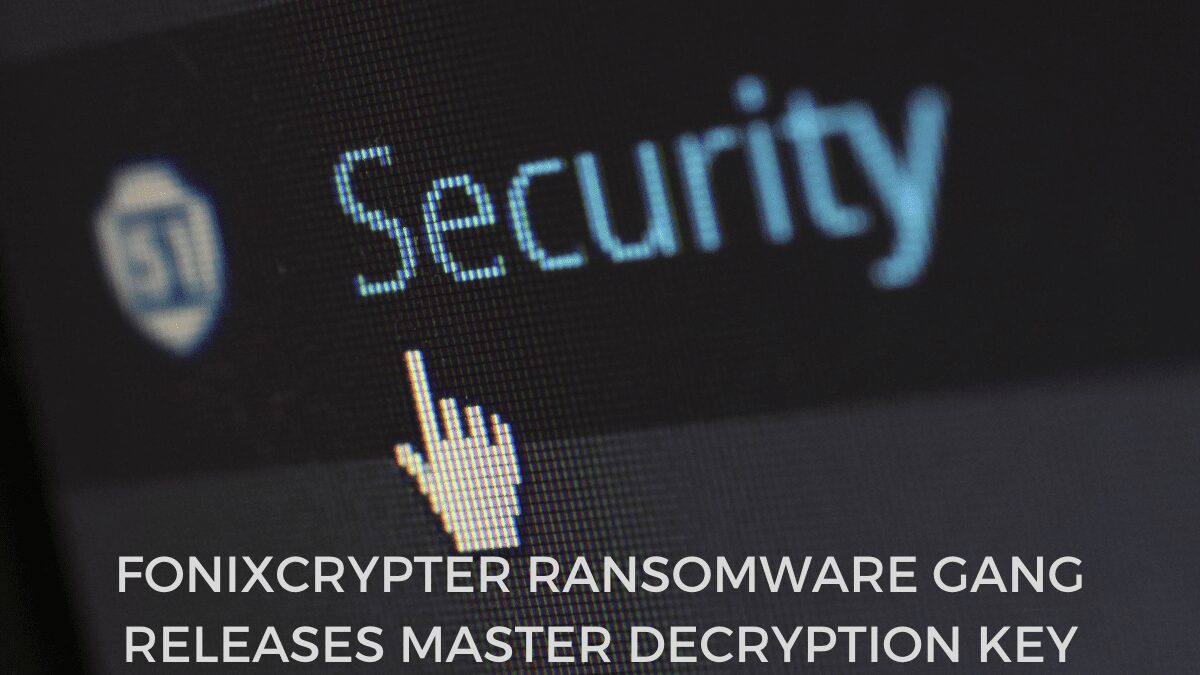 The FonixCrypter ransomware gang has announced on Twitter that they have shut down their operations and deleted the ransomware’s source code. They have also released their master decryption using which victims can easily recover their files for free.

FonixCrypter Ransomware, also known as Xinof and Fonix first came into limelight in June 2020 and since then it has been steadily encrypting victims. Though the ransomware operation was not very active initially, it has become quite popular since November 2020.

The ransomware gang has also released the master description key containing several files and instructions. The decryption key provided by the actors behind the Fonix ransomware appears to be legitimate and with the help of these files, infected users and past victims can decrypt and recover their files for free, without needing to pay for a decryption key.