Emotet’s days are now over, due to Recent Law Enforcement 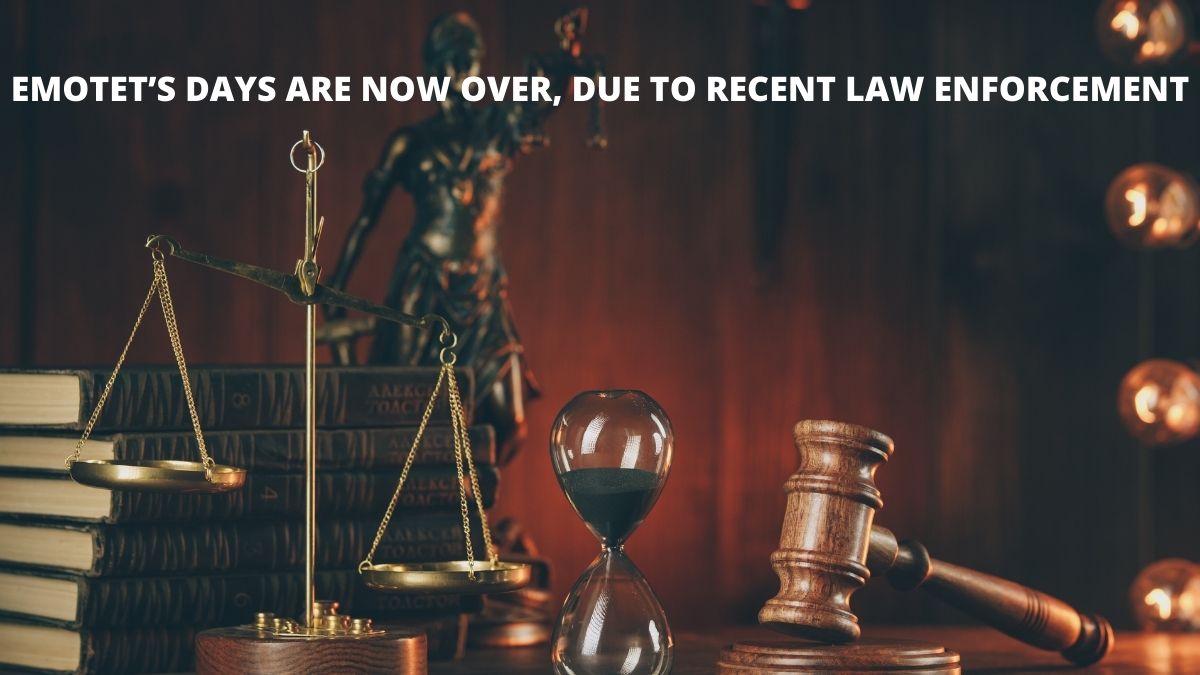 The law enforcement agencies delivered a malware module earlier in January. This caused all the Emotet, one of the most active spam email botnets to be uninstalled from all the infected devices. This takedown was the result of a coordinated international law enforcement action.

There have been few attempts to takedown the botnets and in this attempt, the law enforcement agencies have delivered a new configuration to the currently active emotet infection. Here the spam botnet would automatically use the C2 servers that are controlled by the Germany’s federal police agency, the Bundeskriminalamt.

Simultaneously to the takedown, the FBI is also trying to minimize the damage that was caused by this global threat.

These takedowns attempts are by the law enforcement is a huge step forward towards stopping of the threats and developments like collaboration among the agencies and the private sector security researchers are always welcome. Still the organization should be careful about the implementation of the security services adequately to be safe from any future threats.