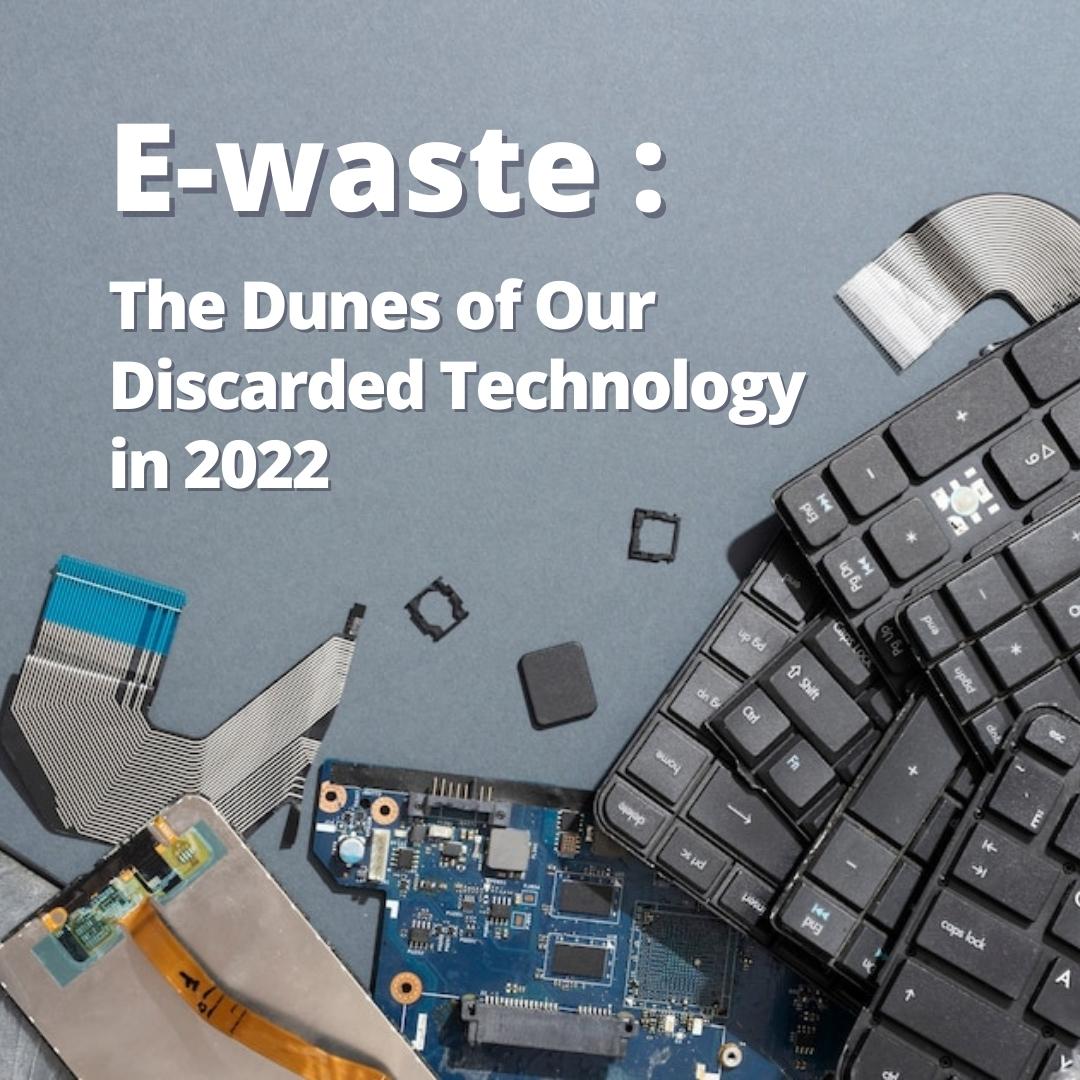 In just a few years, the world will be awash in a sea of discarded electronic devices and other e-waste. It is estimated that by the year 2022, the world will generate a total of 52.2 million metric tons of e-waste.

This is a problem that is only getting worse with time. As our dependence on technology grows, so does the amount of e-waste we produce. In addition, the lifespan of our electronic devices is getting shorter and shorter. The average smartphone is now used for just 2.6 years before being replaced.

E-waste is a global problem that needs to be addressed urgently. In this blog, we will take a closer look at what e-waste is, where it comes from, and how it can be managed effectively.

E-waste, or electronic waste, is any waste that results from the disposal of electronic devices and equipment. These devices can be harmful to the environment and human health if not properly disposed of. The top five sources of e-waste are electronic devices, electrical and electronic equipment, computers, printers, and televisions.

E-waste can contain harmful materials like lead, mercury, and arsenic. If these materials are not disposed of properly, they can contaminate soil, water, and air. They can also harm people who come into contact with them. There are a few ways to dispose of e-waste safely. One way is to recycle them. Recycling electronics helps reduce the amount of sources of e-waste that ends up in landfills. It also helps conserve resources and energy.

News about electrical and electronic waste

The worldwide trade has thrown projection based on the above facts emphasizes the expanding environmental issue of “e-waste.”

This informs us, a lot of consumers keep their old phones rather than recycle them.

The cobalt in rechargeable batteries and the copper in wiring are precious minerals that cannot be obtained from used devices and must instead be mined.

In Europe, only around a third of the estimated 16 billion mobile phones in existence are still in use.

The “mountain” of electrical and electronic waste, which includes everything from washing machines and toasters to tablet computers and global positioning system (GPS) devices, will each 74 million tonnes annually by 2030, according to data by the WEEE.

The director general of WEEE, Pascal Leroy noted that in today’s world, commoners intend to not to realise that the value of cobalt and the copper present in mobile phones. To them they are seemingly little objects. But in reality these objects have a lot of value and together at a global level represent tremendous volumes.

The Royal Society of Chemistry earlier this year started a campaign advocating the mining of e-waste to create new products. It emphasizes how international instability, such as the situation in Ukrainian war, threatens supply chains for precious metals.

“These devices offer many important resources that can be used in the manufacture of new electrical and electronic equipment. These includes wind turbines, solar panels, electric car batteries – all crucial for the green, digital transition to low-carbon societies,” said Magdalena Charytanowicz of the WEEE.

The United Nations International Telecommunication Union has set a goal to increase it to 30% by next year. Currently, only over 17% of the world’s e-waste is properly recycled.

One of the “fastest growing and most complex waste streams that impacts both human health and the environment, as it might include dangerous elements is the e-waste.

According to surveys by the organisation Material Focus, there are more than a million unneeded but functional electronic equipment stockpiled in homes in the UK. Their potential value comes around £5.63 billion.

It also estimated that the typical UK household might raise approximately £200 by selling unused technology.

The group’s internet campaign offers advice, including details on where to find recycling facilities.

According to Leroy, director general of WEEE some steps could be done to stop this growing of “mountain of waste”. To encourage the return of these products, he stated,

E-waste management in India is a growing concern. With the proliferation of electronic devices and the growing number of people buying them, the amount of e-waste being generated in India is increasing at an alarming rate. E-waste contains harmful chemicals that can leach into the soil and water and cause health problems for people and animals. If it is not disposed of properly, it can also cause environmental pollution.

The Government of India has enacted the E-Waste (Management) Rules, 2016 to regulate the collection, segregation, storage, transportation, processing, recycling and disposal of e-waste in a safe and environmentally sound manner. Under these rules, producers of electrical and electronic equipment (EEE) and importers of such equipment are responsible for collecting and treating e-waste. Producers are required to take back their end-of-life products and ensure that they are disposed of in an environmentally sound manner. They are also required to provide customers with information on how to recycle or dispose of their products safely. These rules apply to all producers, importers and distributors of EEE, including manufacturers, retailers, e-commerce platforms and service providers. The government has also set up a Central Pollution Control Board (CPCB) to oversee the implementation of these rules.

The CPCB has developed a National E-Waste Management Strategy and Action Plan to guide stakeholders in managing e-waste in a sustainable manner. E-waste management is a complex issue and requires the involvement of all stakeholders – producers, consumers, recyclers, government and civil society organizations. It is important to create awareness about the dangers of e-waste and the need for its proper management among all stakeholders.

E-waste is a major environmental problem. But it is also a problem that we can do something about. With proper e-waste management, we can reduce the amount of e-waste we generate and keep harmful toxins out of the environment.

The dunes of our discarded technology will only grow in the years to come. With the rapid pace of technological advancement, consumers are constantly upgrading their devices and dispose of the old ones at an alarming rate. While the United States has laws and regulations in place to manage e-waste, the same cannot be said for other countries.

In China, for example, e-waste is often incinerated, which releases harmful toxins into the environment. India does not have any specific laws for e-waste management, but the government is in the process of drafting a set of rules.

Call Links: The new feature of WhatsApp for Video and Voice Calls

Top Multi Cryptocurrency Wallets To Keep An Eye On In 2021