CYBERCOM and NSA chief: Cybersecurity is a team sport 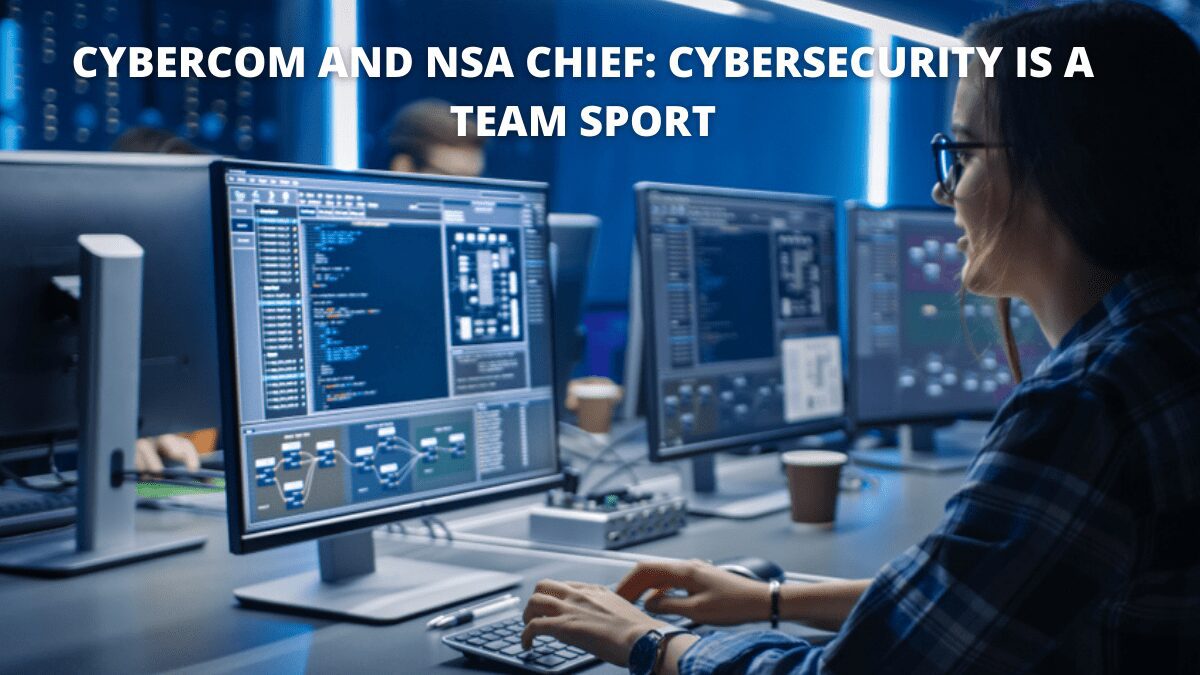 Foreign states utilise cyber operations to steal information, manipulate populations, and damage industries in this era of geopolitical competition. Our adversaries target everyone — government, industry, civil society, and more — and cybercriminals hold our enterprises, both large and small, ransom and hostage, and endanger key infrastructure relied on by millions.

For a safer, more secure internet environment for all Americans in the future, reciprocal partnership between the public and commercial sectors will be essential.

The United States Cyber Command and the National Security Agency are working to improve our capabilities, preparedness, and resilience in response to this growing threat. Part of how we do this is by playing the away game. In cyberspace, USCYBERCOM goes toe-to-toe with a wide range of opponents. We protect the Department of Defense’s worldwide information network, execute offensive and defensive operations, and give the defence secretary and combatant commanders with cyberspace options that are becoming increasingly important in an era of strategic competition.

The National Security Agency’s (NSA) cybersecurity objective is to protect national security systems, the Department of Defense, and vital infrastructure, with a concentration on the defence industrial base. To carry out its goal, the NSA uses its “superpower” of foreign signals intelligence, vulnerability analysis, and technical knowledge.

Cybersecurity is a team sport: the problem’s scope and size are too vast for any single enterprise to address on its own. To confront these risks and increase collective defence, the private and public sectors, especially state and local colleagues, must increasingly rely on and complement one another.

While the federal government is in charge of organising and directing the fight, private companies control more than 85 percent of the country’s essential infrastructure, including cyber and communications networks. As a result, we work every day to improve transparency while effectively collaborating with private-sector cybersecurity experts. We’re working together to achieve a common goal and one of USCYBERCOM and NSA’s most essential mission areas: national defence.

In view of the rapid advancement of disruptive technologies, particularly in machine learning and autonomous systems, USCYBERCOM and the NSA are not alone in confronting today’s challenges or in the need to find answers for tomorrow’s problems. That is why USCYBERCOM and the NSA have invested in technical outreach with academics, industry, and international partners, which is already paying off.

The National Security Agency’s newly established Cybersecurity Collaboration Center works with the private sector to prevent and eliminate threats to national security systems, the Department of Defense, and the defence industrial base. This centre distributes threat intelligence with our US government partners to help them defend critical infrastructure, giving them a competitive advantage in their ability to deliver actionable foreign cyberthreat information to prevent and destroy cyberthreats. Cyberthreat intelligence developed by the National Security Agency as part of its signals intelligence role is a major driver of bidirectional information exchanges.

USCYBERCOM will progressively seek “What if?” scenarios in partnership with the Maryland Innovation and Security Institute at our DreamPort collaboration centre, engaging with business and academia in the speculative development of tools and technologies. For example, opponents can employ machine learning to produce “deep fakes,” which are completely manufactured but convincing internet material. USCYBERCOM must use its own machine-learning techniques and skills to detect and expose this fake content. Manual analysis is insufficient to address the material produced at our enemies’ pace and scale.

There is a national security concern that requires a worldwide society response. It refers to the rising threat of ransomware targeting our nation’s key infrastructure. The Department of Defense’s “defend forward” strategy, which is implemented by USCYBERCOM continually participating in cyber campaigns to deter as well as deny, and disrupt enemy actions. It is one example of this method. Our cyber impacts objective is potent when combined with contributions from our partners.

Now, maintaining a safe and secure online environment for all Americans is a shared goal. Then reaping the benefits of this environment necessitates speed, agility, and cooperation. The issues that USCYBERCOM and the NSA face in cyberspace today are not unique to us; from basic cyberattacks to ransomware to espionage, society as a whole must protect itself from harmful cyber occurrences. This changing environment is both a common threat to us and a common cause around which we can unite.

As threats develop, so will the creative techniques we use to combat them.