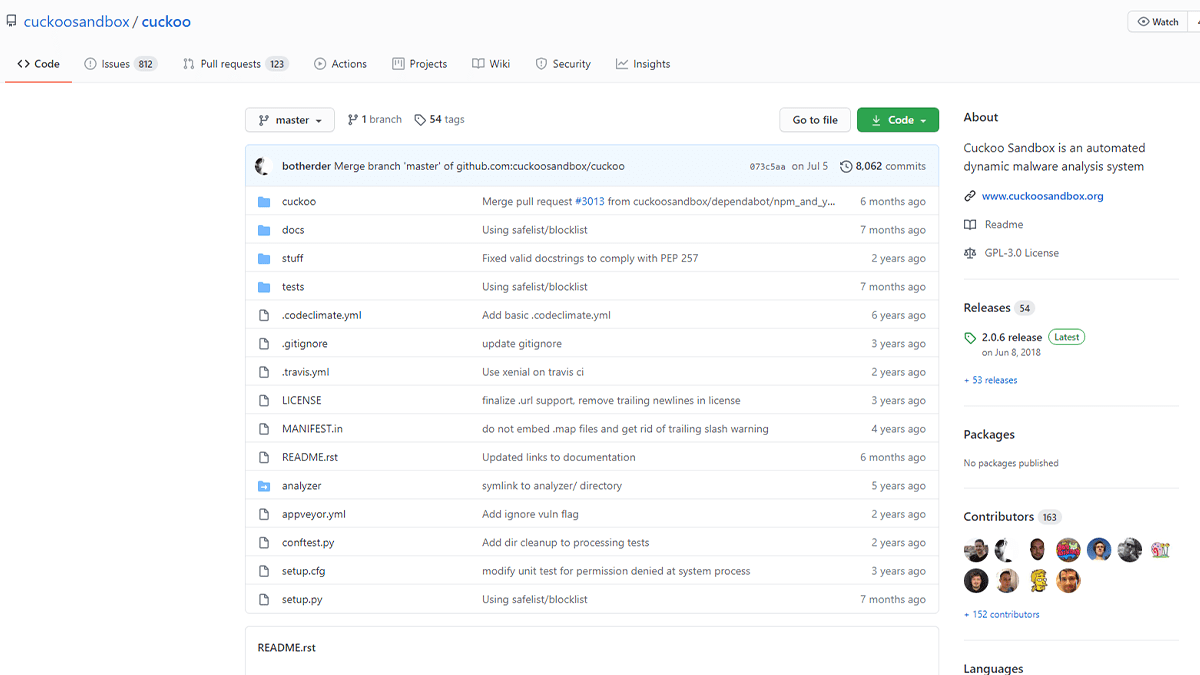 Cuckoo Sandbox is a malware analysis system. You can throw any suspicious file at it and in a matter of seconds Cuckoo will provide you back some detailed results outlining what such file did when executed inside an isolated environment.

Cuckoo generates a handful of different raw data which include:

In order to make such results more consumable to the end users, Cuckoo is able to process them and generate different type of reports, which could include: