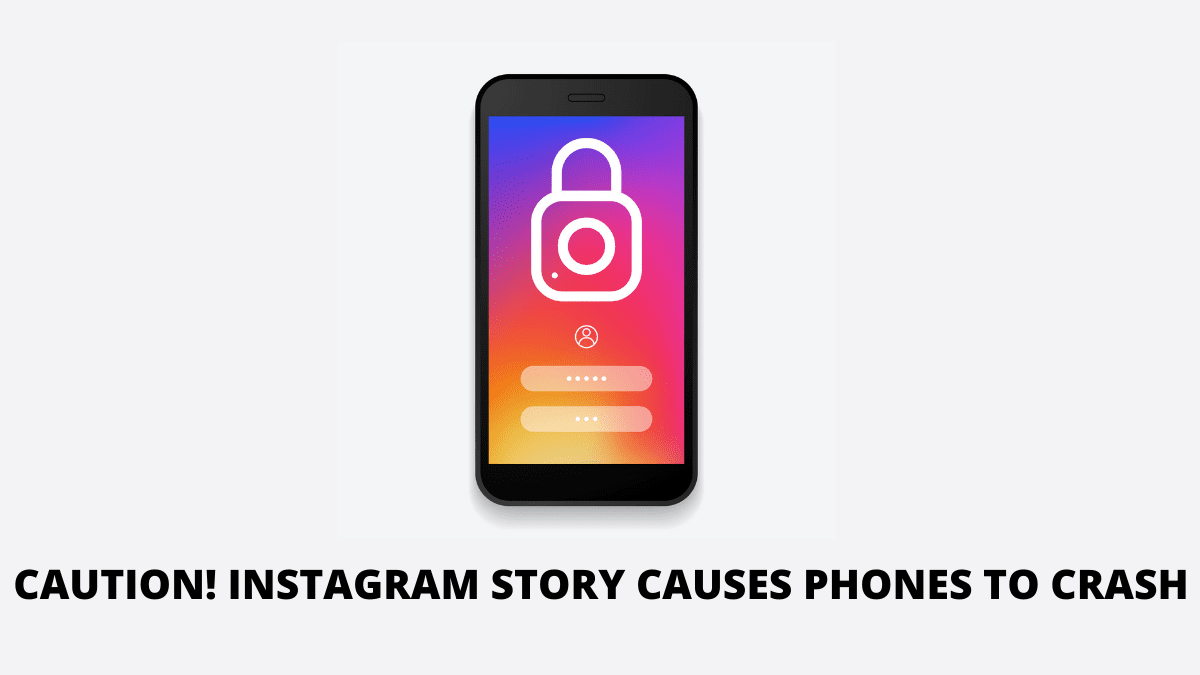 The internet has been going crazy about an Instagram story that can crash your phone! There have been articles and guides about the story and how to get past it. But exactly what is it? Who has caused this? How did he manage to do it? And last but not the least, what is the purpose behind this?

So, there is this Instagram account called @pgtalal, which has no post and two main stories. On clicking on these stories, you wouldn’t have the normal experience that you have in other stories. The response of your phone depends on the phone that you are using. On using an Android phone, the story opens up to show a purple screen with confetti, and the song “Your Love” plays in the background. Interestingly, the story cannot be paused by holding on to the screen as any normal Instagram story. This gives a weird feeling that the story is taking control of your phone! On the contrary, opening the same story on an iPhone, the phone simply crashes.

This fact comes with many different questions that need an answer. Firstly, how can an Instagram story be so powerful that only by opening it, one’s phone crash? Secondly, what is the motive of the developer behind creating this? Is he trying to hack people’s phones and steal personal data? Will Instagram face any problem due to the presence of such a story? Is it something that was made by accident? Or is it just some kind of harmless fun?

Who is behind this?

There was not much information available in the account. In the bio of the account, the guy claims to be a full-stack developer, a person who can develop both the front end as well as the back end of software. This indicates the fact that the person knows what he is trying to do. The account has no profile picture, and most of the text in the account is in Arabic.

How does the story create such a mishap?

The common knowledge that was circulated that if you are using an iOS device, then you should stay away from this, but if you are using an Android device, you are good to go. But more investigation reveals that it is not exactly the case here. The modern android phones with higher specifications could run the story without any problem, but the older phones did find some trouble running the story. The models that are too old were seen to crash completely!

Well, these experiments with different phones indicate that the story is created in such a way that it consumes a lot of resources of the phones. In that case, Apple phones face a problem since even the highest end phones of this company have a maximum of 6GBs of RAM.

After investigation of the story, it is found that the guy has used a bug of Instagram and used to create such a story. Users can put sticker widgets like date, countdown, poll, or questions. On inspecting the story of pgtalal, it was found that he used two such widgets, a countdown timer ending on 23rd October 2020 and a question with random letters typed in. He knew that the viewers were not going to see the questions anyway. The main trick that he used here is that he managed to make the sizes of the story enormous. If any normal sticker is inspected, then it can be found that the associated with the size of a normal sticker is between 0 to 1. This denotes the proportion of the screen that the sticker will take. But what pgtalal managed to do was make the number to 18 digits. So, the resultant sticker was of the size that could cover not 10s, not 100s but more than possibly quintillions of phones. So we can say that the size of the sticker is many times the size of the earth!

This explains the purple color screen that is seen on Android phones. It is basically a tiny part of the timer. The confetti is the same thing that shows when a countdown has ended. Also, since we are touching a non-interactive part of the timer, we are not able to pause the story.

But how did the guy do this? Instagram does not allow the stickers to be zoomed in enormously. The answer is that Talal used something called HTTP proxy which allows him to see as well as modify the data that is coming out of his phone before reaching Instagram. So, after creating the story with the countdown timer and the question, he intercepts the data that his phone sends to Instagram and changes the width and the height to some astronomical value. Since Instagram is not made such that, it can handle such values, it does not deal with them properly.

Instagram should have been able to filter out these garbage values before sending them to your phones. But it sends the raw value and the phones struggle to handle such huge numbers. Different react differently. iOS is not ready to receive and process a number of this magnitude and therefore crashes completely.

So, the crash is not only based on the specification of the phone but also the software, and the fault can be attributed mostly to Instagram.

Why did Talal do this?

There can be two reasons. One is to have a bit of fun. Secondly, there are cases where Facebook has paid people for flagging vulnerabilities and reporting them. So Talal could have done this to report the bug to the company.

It is pretty sure that the guy did not try to damage people’s phone since all phones which crashed due to the Instagram story could be recovered properly without any harm being done.

A popular video by “Mrwhosetheboss” explained everything related to the attack. Moreover, Talal claimed to be only 14 years of age!

What to do if your phone crashes?

The simple task you have to perform if your phone crashes are to restart your phone. You have to follow the instructions which are needed to initiate the reboot process.

Well, it is an interesting fact that an Instagram story could become so famous due to its notorious outcome. But it is always best to stay away from these things to keep your device away from any harm.