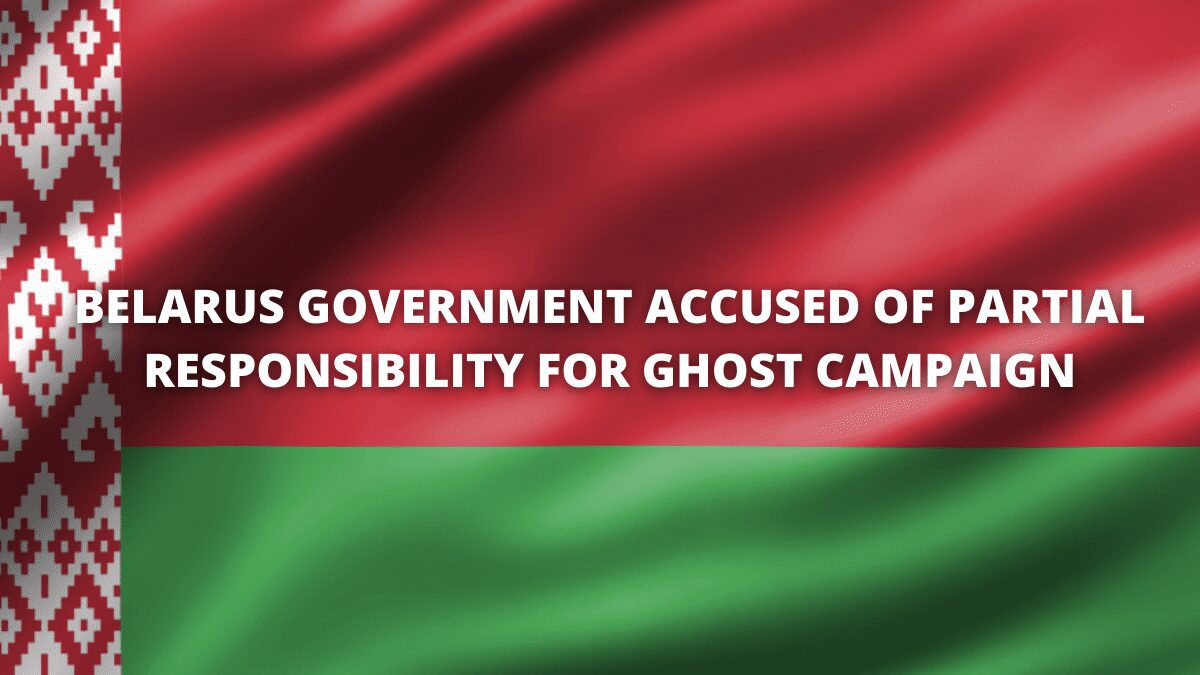 The government of Belarus has been blamed with the tagline “partial responsibility” which directs the ghostwriters who attack the cyber world of Europe.

What is a Ghostwriter?

A Ghostwriter is the one who is being appointed to write any journals or text on behalf of an original writer. In Europe, there has been an emergence of ghostwriters who use fake Gmail accounts as well as fake websites to share false information through the cyber world.

On the 16th of November, 2021, there has been news that Belarus has been blamed as a “Ghostwriter”. Cyber security researchers in the USA have unveiled the evidence regarding this issue. This shows that Belarus from 2006 has been involved in the hybrid hacking and sharing misinformation against Eastern European NATO.
Mandiant is a US-based cyber security organization, for the first time marked Belarus as the “ghostwriter”. Members of the European Union like Russia, Poland have expressed their suspect Moscow for involvement in the act of hacking the emails of government officials as well as leaking them online.
The research also links the UNC115 activities with ghostwriters. Ghostwriters used to specialize in disseminating anti-NATO propaganda via phishing, spoofing, and website takeover. Since 2020, however, the organization has affected Polish politics and extended its operations to steal sensitive data. Before the 2020 elections, UNC1151 targeted Belarusian media and opposition figures.
Belarus was sanctioned earlier this year after a commercial jet was ordered to fly across Belarusian territory to arrest a passenger, a dissident journalist named Roman Protasevich. In retaliation, President Alexander Lukashenko of Belarus has been accused of orchestrating a migration problem to destabilize the EU. The malicious cyber-attacks were found to be targeted in the parliaments, offices as well as civil society of the European Union according to the policy chief Josep Borrell. They previously have accused Russia of being involved in ghostwriter activity. “In addition, people targeted by UNC1151 ahead of the 2020 Belarusian election were later imprisoned by the Belarusian government,” Mandiant

Actions taken by NATO for Ghostwriters

Many ghostwriting initiatives focus on anti-NATO stories. The group has been disseminating content denouncing political corruption in Lithuania and Poland since mid-2020, with NATO promoting corruption and the military spreading COVID-19. In recent campaigns, the EU has also been chastised.
According to cyber security experts, Russia’s interference cannot be “eliminated,” but other evidence show that Belarus’ interests, as well as those of Ukraine’s government and business sector, Lithuania, Latvia, Poland, and Germany, are key to the operation. Targeted, implying that the entity is widespread in Ukraine.
A request for response from the Belarusian government was not immediately returned. The Russian Embassy in Washington’s press officer had no quick comment on the purported Russian involvement in Ghostwriter. Russian officials have consistently denied charges that they are involved in hacking and disinformation.

Mandiant’s findings coincide with the European Union imposing new sanctions on Belarus for inciting a crisis on its border with Poland, Latvia, and Lithuania by encouraging thousands of migrants from Iraq, Syria, and other Middle Eastern countries to mass at the border in search of a way into the European Union.
According to the researchers, “ghostwriter storylines, particularly those critical of neighboring regimes, have been broadcast on Belarusian state television as reality.” “We are unable to determine if this is part of a concerted effort or if Belarusian state television is merely presenting narratives that are congruent with regime interests while ignoring accuracy.”
Ghostwriter’s years-long disinformation campaign in Lithuania, Latvia, and Poland was largely aimed at discrediting NATO and jeopardizing regional security. Hacks of genuine news outlets, government websites, and fraudulent emails were used to spread false narratives.
Two Polish government websites were hacked in March and exploited to promote a false claim that Lithuanian nuclear waste was endangering Poland. On Aug. 17, a false news item claiming that migrants who escaped from a detention center murdered a Polish priest was posted on the website of the Lithuanian municipality, whose mayor was quoted in local media as admitting the site had been hacked, according to Mandiant.
While the majority of UNC1151’s hacking was directed towards Belarus’ neighbors, some was carried out against countries with no evident ties to Belarus, according to Mandiant. According to the report, phishing emails were addressed to the Colombian, Irish, and Swiss governments in 2019.