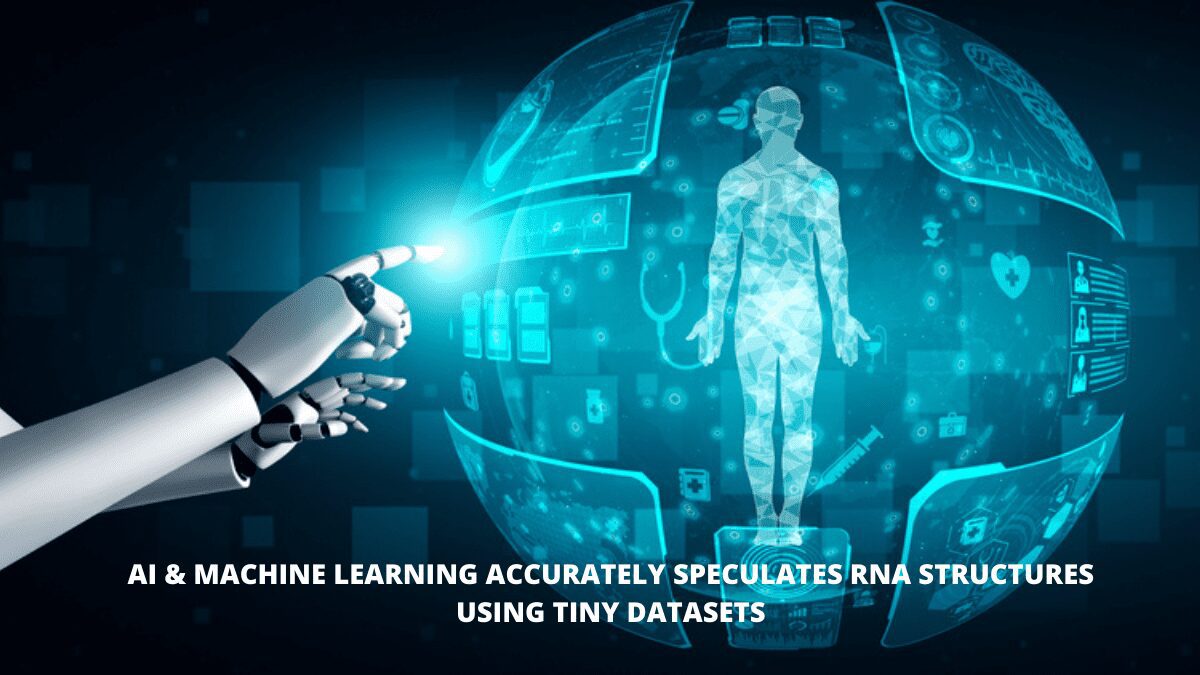 A group of computer scientists and biochemists used an artificial intelligence technology programmed on a small set of known RNA forms to build a novel method for reliably predicting the three-dimensional configurations of RNA molecules.

Experts have praised the breakthrough as a substantial advance in the problem of digitally predicting RNA sequences, and they believe it might contribute to a greater understanding of RNA’s involvement in biological activities and the creation of novel therapeutic medicines.

According to Rhiju Das, an associate professor of biochemistry at Stanford University in California, the new ML system, known as the atomically rotationally equivariant scorer (Ares), utilizes an ‘equivariant’ neural net to precisely distinguish the three-dimensional configuration of an RNA strand.

Das states that, unlike other forms of neural nets, the computational ‘neurons’ in equivariant neural nets employ tensors, vectors, and other sorts of measurable objects for activation. Ares can now analyze the structural patterns of RNA molecules, like different forms of ‘hairpins,’ helices, and stems — a technique known as ‘geometric deep learning.’

The Ares system was trained on only 18 detailed RNAs, the structures of which were meticulously determined from experimental data. The algorithm was then put through its paces on considerably bigger RNA structures from the RNA-Puzzles webpage, a scientific competition, which is a decade old.

They utilized a customized version of the Rosetta molecular modeling program to produce over 1500 alternative structural models for 6 solved RNAs, obtained from the website while guaranteeing that a minimum of 1% of them have been ‘near native’ – that is, they corresponded roughly to the real structure of an RNA.

They next utilized Ares to compute a grade for each one of the models, and the Rosetta software’s scoring routines, the ribonucleic acids statistical procedure (Rasp), and 3dRNAscore. The Ares system surpassed the three previous scoring functions significantly: Ares used at least one of several ‘near native’ models in 81% of its top ten models, relative to 48% for Rosetta, 33% for 3dRNAscore, and 48% for Rasp.

Ares also outperformed other scoring systems in evaluations without any ‘near native’ models. Also, it succeeded at blind estimations in 4 rounds of RNA-puzzles contest, where the real sequences of the RNAs remained unknown, yielding the most precise of models presented in each case.

According to the experts, scientific understanding of RNA structure trails significantly behind that of protein complexes, which profits from artificial intelligence prediction models such as AlphaFold by Google subsidiary DeepMind. In contrast, they are frequently trained on massive datasets including thousands of complexes.

‘The fraction of the human genome transcribed to RNA is approximately 30 times as large as that coding for proteins, but the number of available RNA structures is less than 1% of that for proteins,’ The reason for this is that the sequences of related RNAs are far less likely to be identified than those of proteins and thus cannot be utilized as templates, according to the scientists.

They now expect that the geometric deep learning technique developed by Ares will drive study into RNA structures, despite the fact that it only tackles one aspect of the procedure so far. ‘Our paper still relies on pools of models generated with a previous generation of the Rosetta software which didn’t make use of neural networks,’ Das says. ‘It would be wonderful to now generate the RNA 3D models themselves using tricks of geometric deep learning.’

Because Ares simply requires chemical elements and atomic coordinates as input data, the same method may be extended to other areas involving three-dimensional chemical makeup. According to Das, comparable equivariant neural nets have been effectively employed in latest research publications that use Rosetta software and AlphaFold.

Computational scientist Alex Bateman of the European Bioinformatics Institute, who has not been involved in the work, observes that advancements in protein structure determination facilitated by AlphaFold have trailed behind developments in RNA structure determination. But ‘the development of Ares has shown a great step forward in the field and we are looking forward to getting access to these models’, Alex says.

He warns that Ares’ accuracy still has to be improved. ‘Perhaps, inspired by the publication of the AlphaFold 2.0 method, we will see even better methods and models in the coming months and years,’ Bateman says. ‘This is a very exciting time for RNA research.’