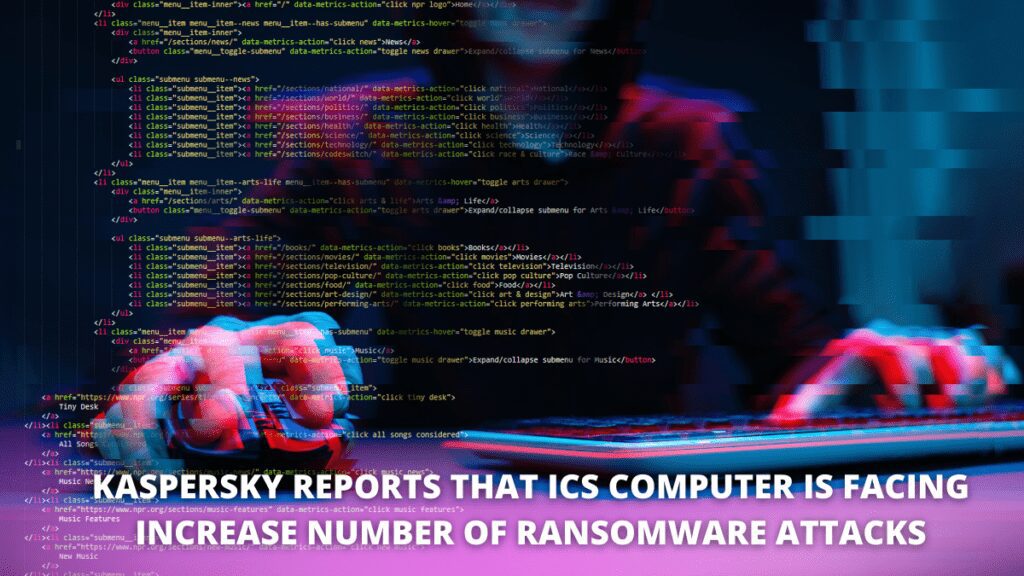 Kaspersky has reported that it has detected high number of Ransomware attacks on ICS computers.
The analysis was made from the statistical data that was gathered by the distributed antivirus
Kaspersky Security Network.
Details of the report-
The data are provided by the ICS computers that are hosted in networks of industrial infrastructures,
running Kaspersky security products.
1) About 33.4% of the ICS computers were targeted by some cyber criminals in the second half
of 2020, showing an increase of 0.85% than H1.
2) In H2 2020, the ICS computers hit by attackers increased compared to H1, in sixty-two of
nations. Between H1 2020 and H2 2019, the expansion was seven-membered.
3) Saudi Arabia witnessed the highest increase in the attacks.
4) Several other countries like Europe(0.13%), Australia (0.23%), the U.S., and Canada(0.25%)
have faced increase in the number of attacks.
Conclusion-
The recent trends show that the pandemic has affected the number of attacks tat countries are
facing. The countries that have less financial stability have faced less attacks than those with more
stability, mostly developing countries.