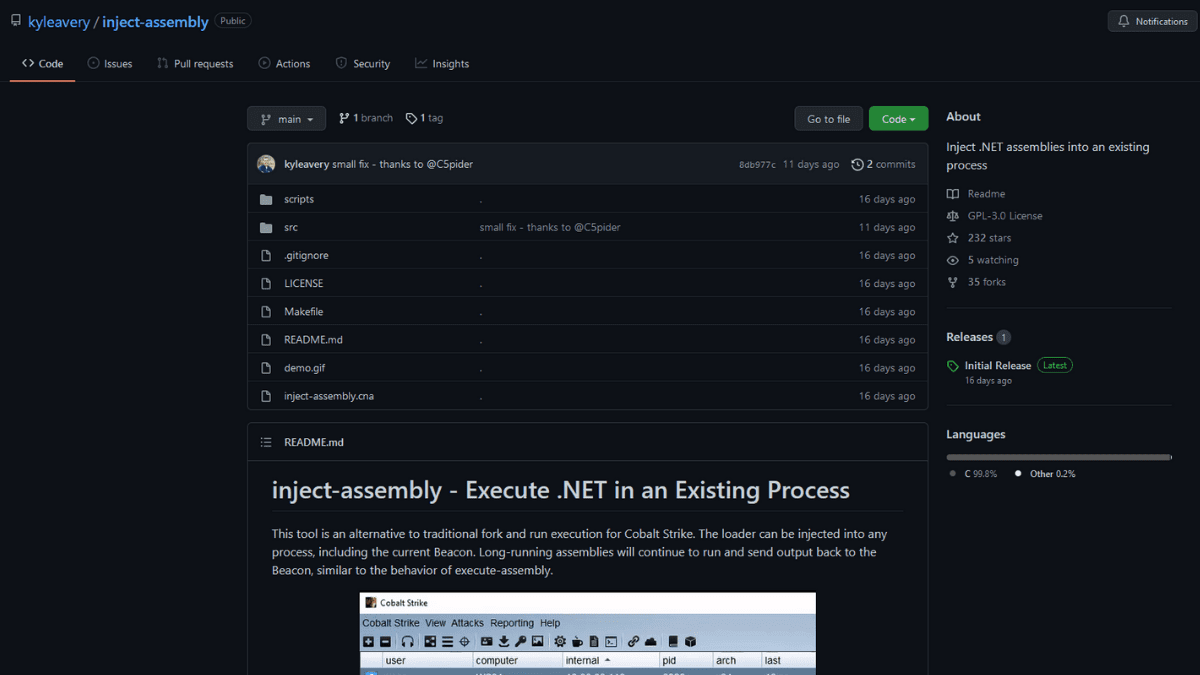 For Cobalt Strike, this tool is an alternative to the usual fork and run method. Any process, including the current Beacon, can be injected with the loader. Long-running assemblies, similar to execute-assembly, will continue to run and transmit output back to the Beacon.

Inject-assembly is made up of two parts:

BOF initializer: A short programme that injects the assembly loader with any inputs supplied into a remote process. It does the injection using BeaconInjectProcess, which means that this behaviour can be changed in a Malleable C2 profile or with process injection BOFs (as of version 4.5).

The majority of the project is the PIC assembly loader. The loader will load and execute the specified assembly after initialising the.NET runtime. When the target process is finished, the loader will create a new AppDomain so that the loaded assembly can be completely discharged.

A named pipe is used to communicate between the remote process and Beacon. The Aggressor script creates a pipe name, which is subsequently passed to the BOF Initializer.

Features to Look For