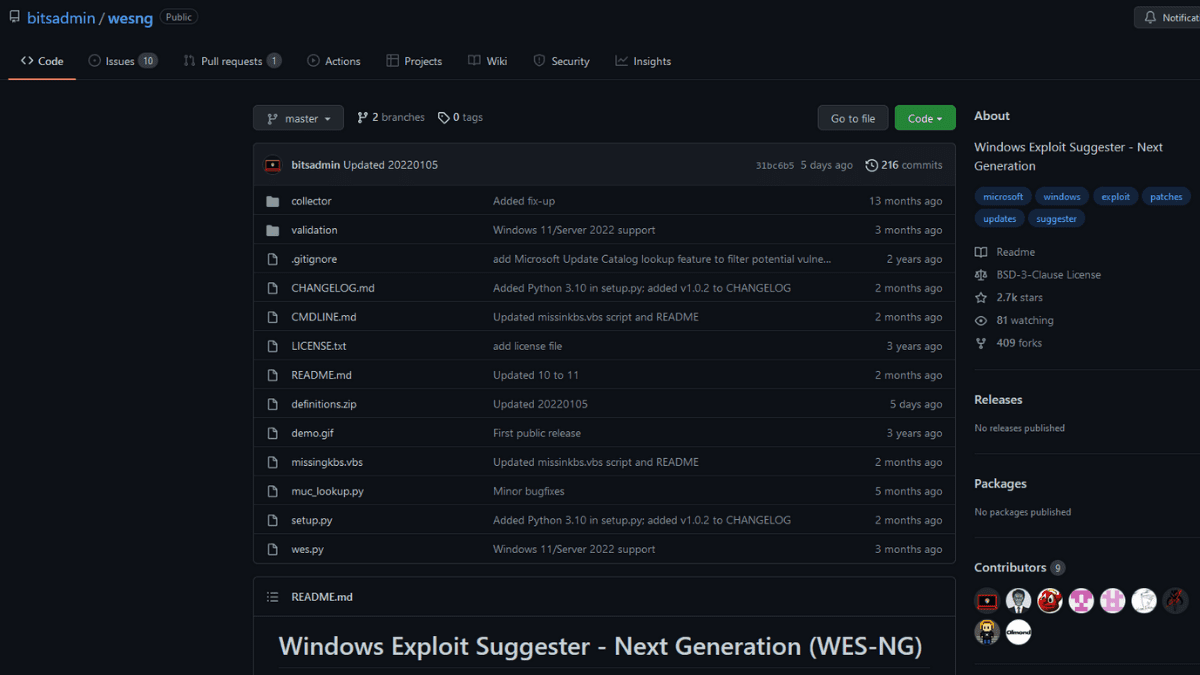 WES-NG is a tool based on the output of Windows’ systeminfo utility, which lists the vulnerabilities to which the OS is vulnerable, as well as any exploits for these #vulnerabilities. Every Windows operating system from XP to 10, as well as their Windows Server counterparts, is supported.