Takedown of the powerful Emotet Trojan 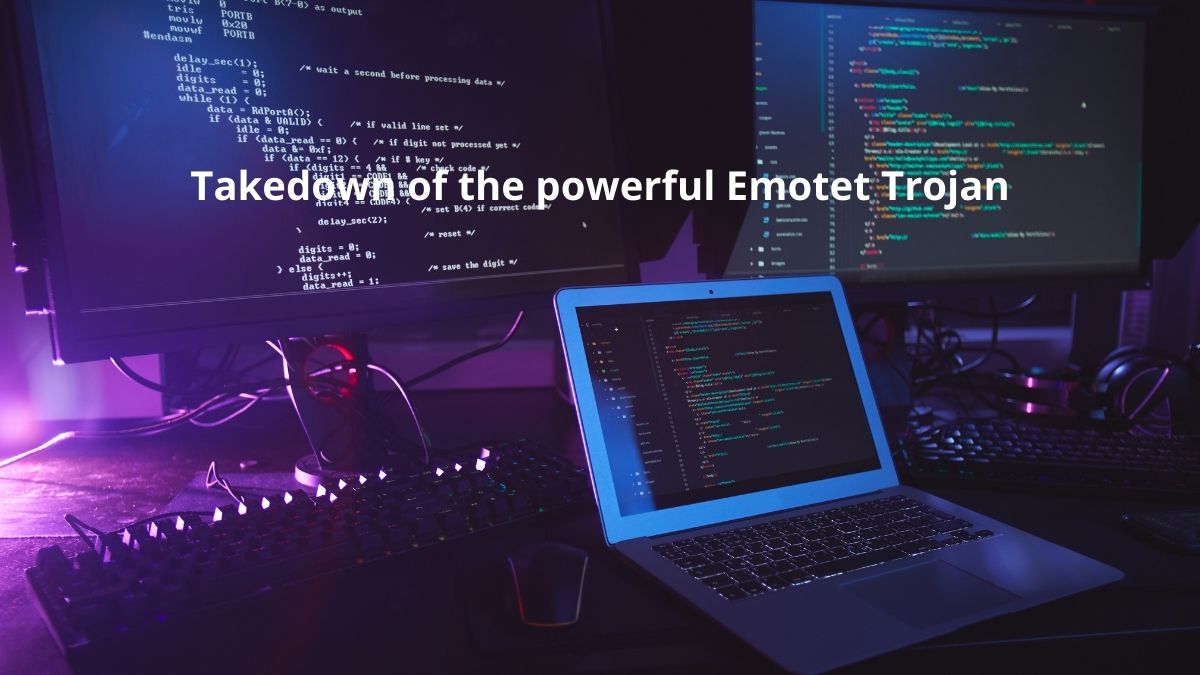 With the beginning of 2021, the cyber security world experienced a sigh of relief with the takedown of the powerful Emotet trojan. The operation that spanned two years, was successfully accomplished in a coordinated effort from law enforcement agencies and security professionals from across the world.

Emotet is a malware that was originally developed in the form of a banking Trojan to access foreign devices and spy on sensitive private data Emotet spreads mainly through spam emails. As Emotet infects systems, it conducts brute-force attacks on accounts, seeking to crack passwords and gain access to secure data, Shier notes. At some point, it captures and encrypts these files. Once cybercriminals hold the encrypted data — and the business is locked out — they demand a ransom.

Till, December 2020, it was the world’s popular malware, affecting 7% of organizations. In 2020, Emotet along with Trickbot and ZLoader contributed to 78% of the overall loader volume. However, after the takedown, there has been a drastic drop in the activity since January 26. The takedown has disrupted the global operations of Emotet. For those fearing being infected with Emotet, the takedown is good news. The operation also likely gave law enforcement agencies a greater understanding of how the trojan works, which may contribute to long-lasting efforts to eliminate the botnet.